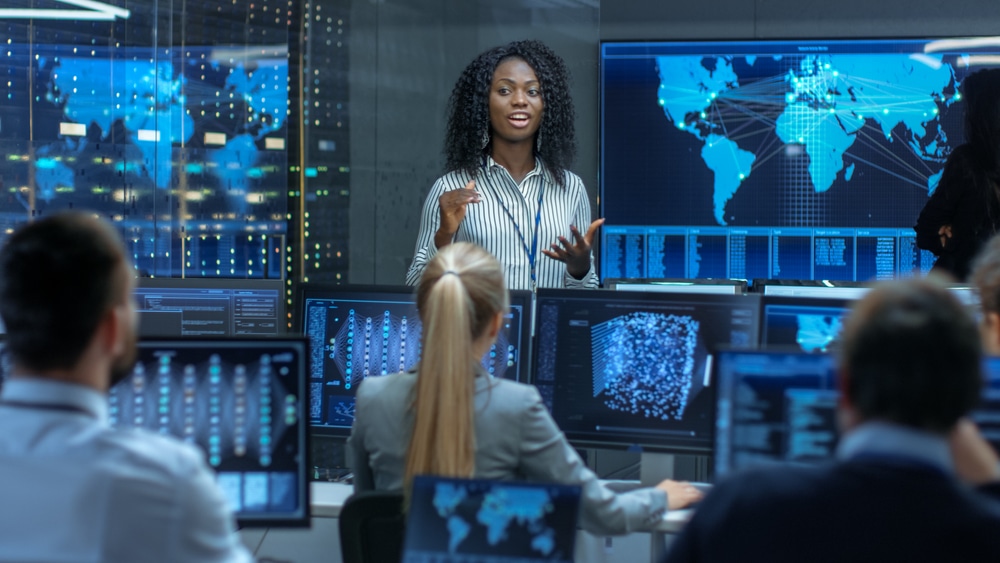 It's important before investing in a big data analytics application to understand what it is you're actually trying to accomplish. That begins with appreciating the nature of the data science field as a whole.

What is Data Science, and What is its Purpose?

Big data revolves around the idea that companies can acquire and process large quantities of information in a manner that allows them to make predictions with a high probability of being accurate (i.e. a fashion purchaser might utilize data analytics gleaned from social media trends to identify what will be popular in the coming season.) This can allow businesses to get out in front of competitors as soon as possible.

The field is grounded in a set of technical and mathematical skills that are collectively called big data. Programming skills, in particular, rate highly in the industry. The three most commonly used programming languages in the business are Python, R, and Java. These are used to handle both the acquisition and processing of data.

Machine learning and artificial intelligence are also beginning to play bigger roles in the industry. Having gathered massive amounts of data, a company may lean on an artificial intelligence application to drill down through an amount that no human could reasonably read in one lifetime and generate insights. Python is by far the dominant programming language for AI applications, thanks to its seamless integration with an array of systems such as Tensorflow.

Storage is also a big deal when it comes to the business of data. The simple act of collecting information calls for massive databases, and processed information demands another layer of storage. The NoSQL database languages are popular for data analytics firms.

Who are Data Scientists?

Data scientists tend to be individuals with strong math and statistics backgrounds who also have some degree of programming ability. They can readily propose potential explanations for or solutions to problems and then devise mathematically sound tests to verify or rule out their ideas.

Many multinational companies employ data scientists, and smaller businesses are also starting to pick up on the trend. Netflix, for example, processes user data to such an extent that it even utilizes customers’ preferences to decide who to cast in shows and movies. Google employs artificial intelligence to examine emails that have been marked spam in order to do a better job of identifying future spamming efforts. Even the self-driving car revolution is being propelled by machine learning technologies designed to recognize traffic, people, animals and obstacles.

Churning through a very large amount of information is critical to the process, but good data scientists also know how to present insights to decision-makers. This includes using business intelligence platforms to show trends and predictions. Condensing all of their data into graphs and charts that can quickly be scanned and understood is what separate good data scientists from great ones.

Why is Data Science Important and Useful?

Data-driven decision-making has found a home in a wide range of industries. For organizations that don’t have the resources to go toe-to-toe with larger competitors, a dedicated & data-centric approach is a secret weapon. For a bigger enterprise, the goal is to get in front of scrappy upstarts by building their own highly competent analytics departments while also investing in the smartest data analytics platforms.

It isn’t a secret that companies in every industry are beginning to lean on data science and analytics to discover a source of power for future success. Over 90% of all of the data in the world has been collected in the past 2 years, and it is still continuing to grow. Any business that ignores this fact will fall behind its competitors…very quickly.

Every current great data scientist will agree that data analysis applications without artificial intelligence and machine learning will soon be outdated.

The first and only of its kind, Inzata is an AI-powered data analytics platform hosted in the cloud, allowing for optimal processing and speed. Our full service platform covers every inch of a data scientist’s daily tasks, from data ingestion, to enrichment, to modeling, and even curating insightful & readable visualizations for the rest of the company.

Inzata takes care of the tedious and pain-in-the-butt tasks of data science on a local machine, such as restructuring your data, without requiring any extra coding or data architects all at an impeccable speed thanks to our patented aggregation engine. By seamlessly fitting into existing workflows, Inzata is the only tool needed to work with your past, present, and future data scripts.

For example, if you have 3 tables that you want to combine to analyze in R, you would have 3 options:

Avoiding the hours typically wasted on waiting on other programs to process data is as easy as upgrading to the most intelligent data analytics platform on the market: Inzata.